One of the best putting training aids on the market

Ever wonder why when you putt freely and without thought, you typically have your best putting stats?

It is important to leave thought out in order to make the most putts in a round. There are many gimmicks out on the market, but I have one of the most tested and results driven training aid to work on the path of your putting stroke.  The Putting Arc T3, enables you to practice with a purpose and develop the right feel of path without paralyzing your mind with the different positions of your putting stroke.

The putting stroke is a simple motion and can be perfected overtime by any aged or skill level golfer.

Amateur and Tour Players  like it because it's perfect for fast greens and is very light weight (just 7 ounces!) and fits in their golf bag virtually unnoticed.

Although the amount of the arc visible for the T3 is minimal it follows exact arc perfected by one of the top putting instructors.

Measuring 20" the T3 should accommodate most meaningful putting practice; 15 feet and in.

The Putting Arc T3 may be used right or left-handed and is a must for any serious player. Hundreds of tour pros use it as well as thousandsof golf instructors. 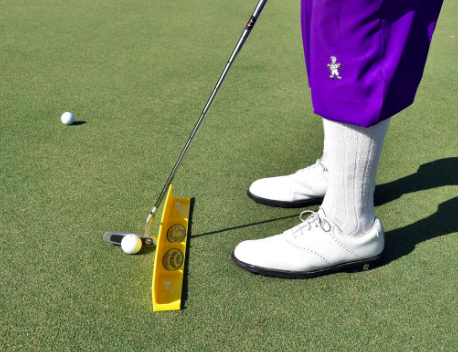 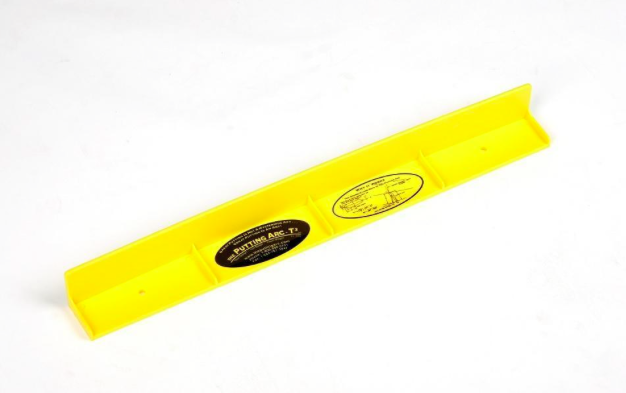 •The small T3 Putting Arc has been around since the Spring of 2002.

•Use of the T3 will help you create a putting stroke in which the putter head moves inside-to square-to inside on a very precise arc, and the face of the putter ALWAYS stays square to that arc.

•the curve of the T3 is based on the 2200 year old math formulas of Apollonius of Perga. With the Putting Arc you can quickly learn the inside-to square-to inside putting stroke used by the majority of the world’s touring pros.

•Known Putting Arc users have won over 1400 pro tournaments since the Putting Arc was introduced in 2002.

•You can quickly learn this putting stroke. The all-time PGA Tour scoring record of 254 was set by a pro who used it for only two weeks. This is a record that was set in 2004 and still stands. In this win this pro made every putt inside of seven feet and 58 of 60 putts ten feet or less.

•For rapid and continued improvement in your putting stroke, use the T3 Putting Arc for 5 to 10 minutes EVERY day. Just make sure to practice half the time with your putter 1/2″ away from the Arc and maintain this spacing during the entire stroke.

•The Putting Arc is non-adjustable, so if it works for you now, it will work just as well five years from now. You will always have something to come back to if your putting stroke ever gets off-track. 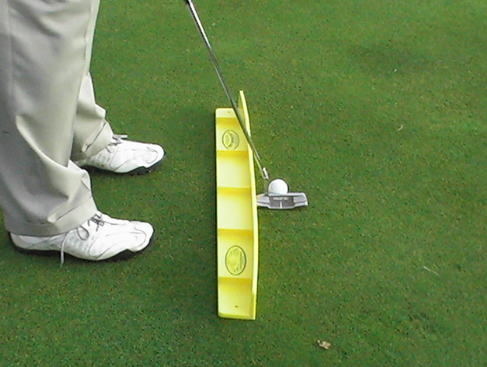 The T3 putting Arc is available on Birdie Town